Tonight is the penultimate episode and tomorrow is the grand final.
I’m thinking Willie, Gaz and Lincoln, because Debra – the only good cook of the bunch – does not deal well with the pressure. Really, it should just be the entire blue team but they have to chuck a token red in there.
Do you think Hell’s Kitchen will be renewed? Seems unlikely they will want to pay Marco Pierre White’s salary for another season.

I’ve been dipping in and out of Marco Pierre White’s Hell’s Kitchen Australia.
While parts of it are excruciating, I like it more now that some of them are doing actual cooking. The younger lads even seem to have learnt how to chop herbs properly.
Is anyone else still watching?
On Monday it was 16th in the ratings. Survivor was 14th and The Block was third. (If you ever want to know what the latest ratings are, tvtonight.com.au always has them here. 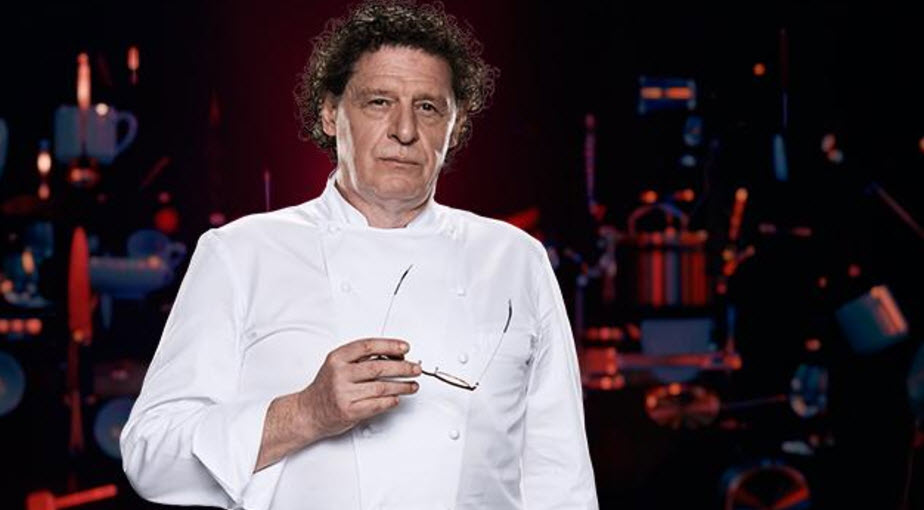 Marco is back on our screens tomorrow at 7pm, so it’s directly up against The Block. And no doubt it will take a further bite out of Survivir’s audience.
The second ep airs tomorrow at 7.30pm.
Will anyone be reduced to tears under his steely gaze?
I would prefer another season of Celebrity MasterChef, as at least most of the contestants on that had half a clue about cooking, whereas ex-Bachelorette, the over exposed Sam Frost, admits she was approached because can’t even handle toast.
Here are the so-called celebs:
Willie Mason: Outspoken NRL forward
Jess Fox: Canoeist and London 2012 Olympic Silver Medalist
Gary ‘Gaz’ Beadle: British reality star of Geordie Shore
Candice Warner: Former Ironwoman, wife of Australian Cricket Vice Captain, David Warner.
Issa Schultz: The Chase Australia’s Supernerd
Debra Lawrance: Beloved television actress, Home and Away
Sam Frost Reality star and radio host
Lincoln Lewis: Logie winning film and television actor, Home and Away
Pettifleur Berenger: Real Housewife of Melbourne, property developer, author
David Oldfield Former deputy leader, One Nation Party

The air date for Marco Pierre White’s new show, Hell’s Kitchen Australia, has been announced, and it’s Sunday, August 6, on Seven.
That’s the one with mostly C grade celebrities doing the Gordon Ramsay Hell’s Kitchen thing.
The latest ad shows Sam Frost being annoying and MPW satisfyingly shooting her down, but unfortunately I can’t find it online.
Here’s a trailer: