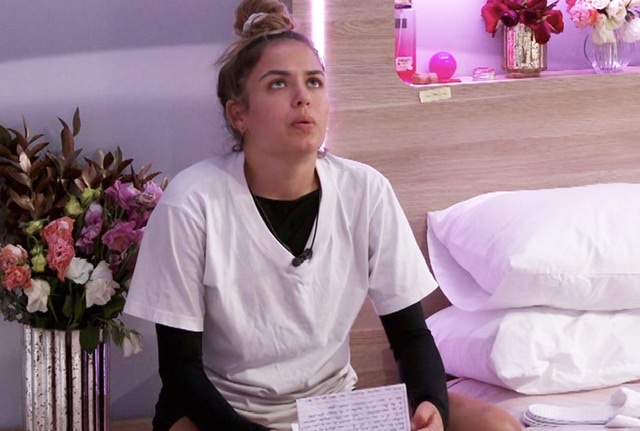 Although I have enjoyed Big Brother 2020, I have been disappointed that it didn’t live up to it’s name, or predecessor’s performance. Perhaps this year ought to have been called “Little Brother”, or “Someone’s Grandma”, because it has been rather mild, but also too speedy. “Blink and It’s Over Brother”.

We are now left with lovers; Sophie and Chad, Teeny Tiny Bonsai Girl Sarah, and Secret misogynists Dan and Matt. They would never admit to being misogynists but they have way too much ‘Bro’ in them not to have at least a hint of the old “Me Tarzan”. Still, Tarzan did love Jane, and he did rescue her.
Anyhow, enough of that nonsense. Who would you like for the win? It’s looking good for Sophie,who has been given the producers’ cut, and leg-up.  But when it comes to Australia’s vote, it’s anyone’s guess. After all, these (the general population) are the monkeys who scoff at social distancing and self-isolation. These are the donkeys who can be a doctor, yet can’t answer 2+2 on Hot Seat.
There could be some Dan love, and maybe people might see Sophie’s return as unfair (it was). The yobbos might be loving Matt. Many might see the fair play and perseverance of little Bonsai as worthy for the win. I’m not seeing the chances of nice guy and human Road Map, Chad, as being great. Well he does look like a road map when he removes his shirt. There you go.
Will you vote? Or will you just watch? I can’t care enough to vote, but I hope Sophie or Sarah win, even though a Sarah win is against my rtv principles. Enjoy your last week. Fingers crossed that next year BB is ramped up a little.
Footnote on the return of Sophie: Although I was glad to see Dan and Matt’s victory dance turned on its head, I remind myself how angry I was when TAR manipulated the race to push the footy boys out. One thing people need to keep in mind now when entering rtv games, it’s not “You who decide”; it’s the producers who decide.

Is this a race to the inevitable final two? 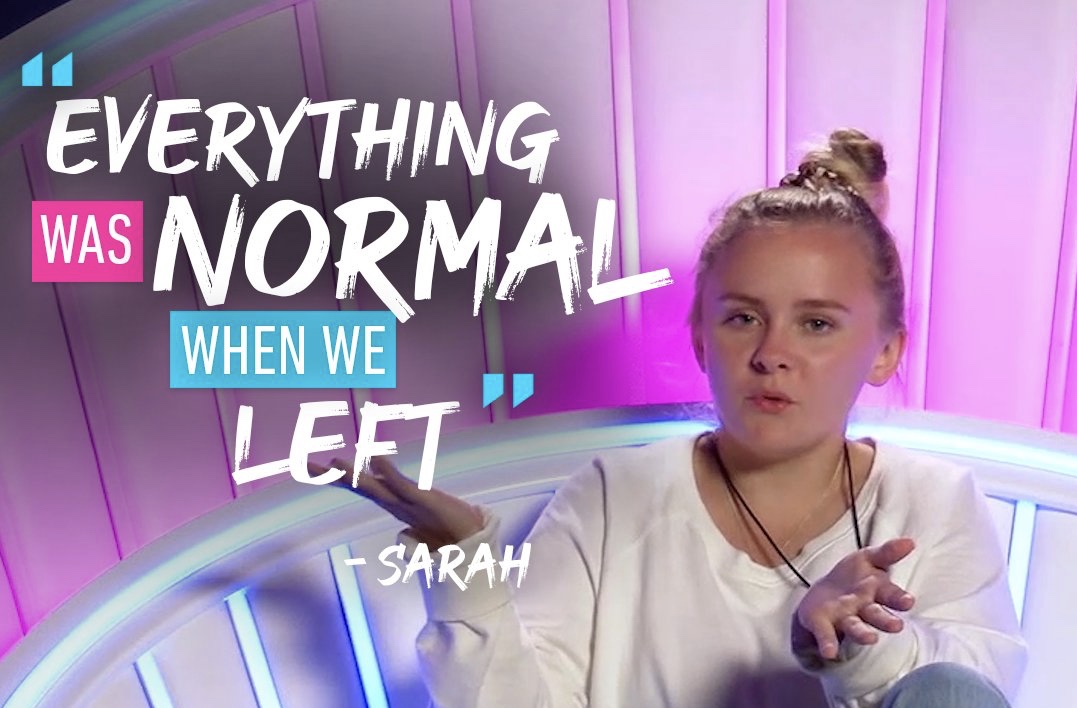 It’s finally arrived at a real social experiment: leaving the lab rats in lockdown. I think Big Brother has a great opportunity here to give us some real reality TV. While they sleep, he could create a maze, and put cheese at the end of it. My mind is evil.

I imagine Big Brother could do some questionable experiments similar to those carried out during the 60s. But I guess that might not happen.
As we have lost Angela, and have been left with the Bros running the house, we need something to raise the bar. I am hoping that Big Brother will show more conversations and social dynamics. I am still watching and hoping we can have some fun watching our furry friends. 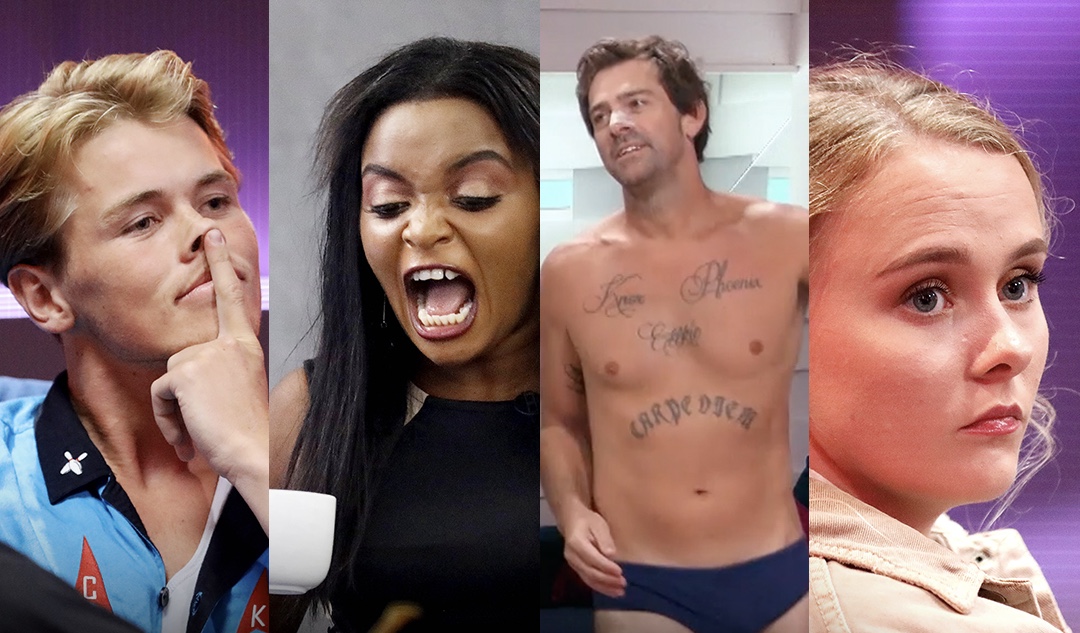 Zoe is gone – will more of the alpha group be next?

Is “lasagna sauce” cheese sauce in a jar? They could just make their own. If I was trapped in a house with those people I would be cooking as much as possible to pass the time. Instead they just seem to exercise and do their makeup.

Over to Daisy for a recap, with thanks.

It’s now week 4 and we have seen the departures of Garth and Zoe in the latest evictions.
The Top Dogs still seem capable of illiciting fear in the Pound Puppies, who are much more of a mixed batch. The Top Dogs, or Alphas if you prefer, are far from having the numbers, and will need to go fishing over the pound.
Who goes next will mostly depend on who wins the challenge. Brussell Sprout, I wish you had seen Big Brother back when it was on every week night and went for weeks.

In comparison this new fast BB is like being invited for a roast dinner on a cold winter night and inatead getting one sushi. It’s healthier but you really want that meat, spuds and gravy.  But not turkey.

So, who will go next? If it’s Dan, I reckon BB will give him the studio. Have fun watching this week.

This a smart move by Big Bro: your most interesting housemate is voted out so you put them in the control booth.
No doubt this twist was planned ahead but they were waiting to deploy it when a suitable person was evicted. Other contenders could have been Kieran and Garth.

Will Ange have a chance to re-enter the house it is it just a few days of fun? She is great TV. I would love to see her go back in carrying a sackful of tea.

Big Brother airs on Seven Sun, Mon, Tues. Note the Sunday night show is on at different times, depending on your state, due to the AFL.

Last week Kieran was an evil termite, white anting his way through the housemates. His not-so cunning plan targeting Dee, (not important enough to recall her name) worked, but back-fired. Now everyone knows what a dishonest sneak he is. And what a tiny victory; getting rid of someone who was no threat.

Nasty Tahlia has gone. Marissa dodged a bullet, but scared everyone with her raging bull scary eye.
We haven’t had time to observe much of the housemates’ conversations and behaviour because this is the new fast forward Big Brother, and because rising above the housemate flotsam and jetsam is Angie.


She played the tongue-in-cheek diva who challenged Big Brother for ownership of the house. I usually hate when producers save a reality TV contestant, but in Angie’s case I was glad.
After being evicted by the housemates, Angela has been moved into 4-star (the budget couldn’t stretch to 5) accommodation, where she will be allowed to spy on the housemates, pull their strings, yank their chains and locate their Achilles heels.

As much as I am enjoying watching her, it has very quickly become the Angie show. I hope we get to see more of the other contestants, too.
Cheers, Daisy 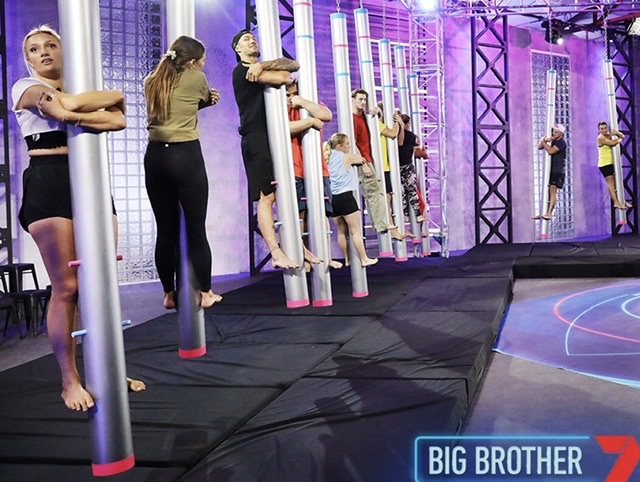 By Daisy
In Big Brother’s first season ever, I thought, “Who would watch that rubbish? It sounds stupid and boring”. And it probably is to most TV viewers. But after tuning in about halfway through Sara-Marie Fedele’s bum dancing, Woolif and I were quickly wanting to know what was going to happen next.
The stickybeak in us was awakened.

Now, many years later, we are at week 2 of the Big Brother remix. It’s Big Brother on speed, chewing up and spitting out HMs nightly, rather than once a week. It’s a strange adaptation, with no viewer voting, meaning that instead of being funny, interesting or likeable, it will pay to be as bland as porridge without salt or sugar. It’s a good analogy because I think that’s how HMs are having their porridge.
A quick review of some of the current HMs at time of writing … Angela, who is quite funny with her tongue-in-cheek humour, except when she talks about pooping. Tahlia, Queen Jealous Bee. Daniel, failed footy player with a massive snoring problem. Marissa, who is a dead ringer for the old hag on my Messenger face changing thinga-me-bob. She looks scary, and was brutal when she was nominated. Kieran, who is struggling with a bit of an inferiority complex. Then there are tiny Sarah, hot girls, male model, odd guy in hat, invisible bald guy, stern Casey and others who are not making their mark yet.
The evictions so far have been satisfying, with Alpha Laura and Allan Allan Allan getting the boot.

Yay. I look forward to this week and your insightful and witty comments. See you for another week in the Big Brother house.
I apologise for not having any new pics but I am open to requests if pics in week two. Cheers 🌼 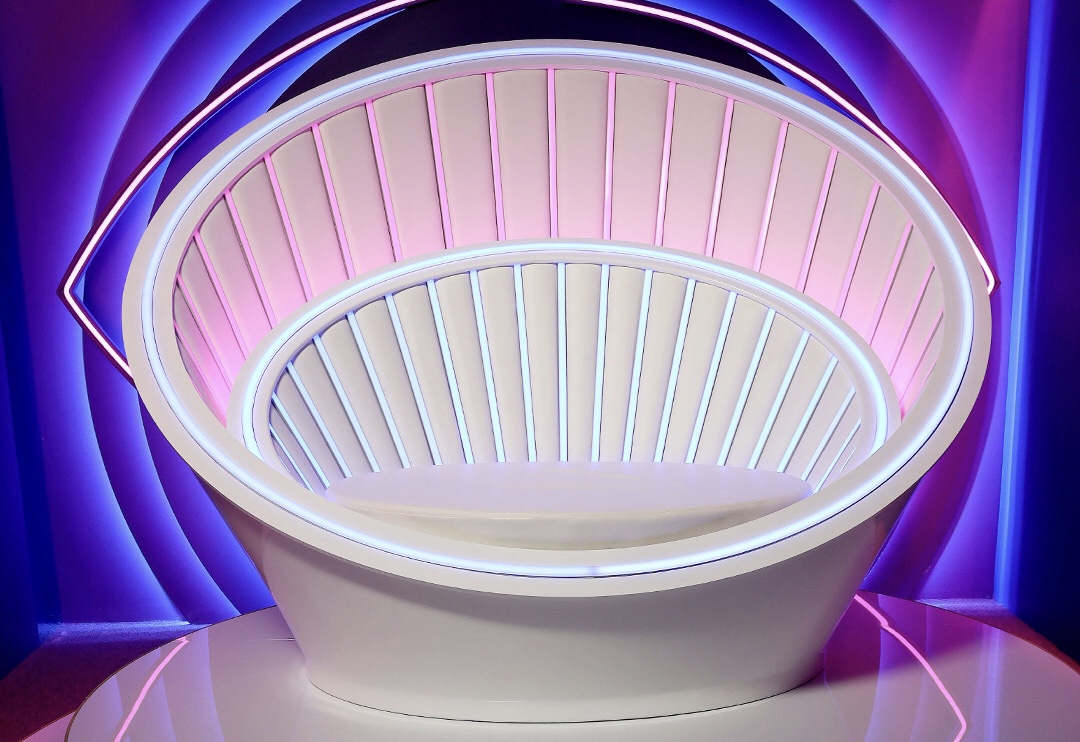 It seems ages since Blair, Ben and Sara Marie hit our screens.
This season was filmed in advance in the US style, which is more like Survivor with voting, rather than the usual Australian way if the public voting. Just as well since they could not have had those big Gold Coast party style evictions anyway.

Will you be watching the reboot? 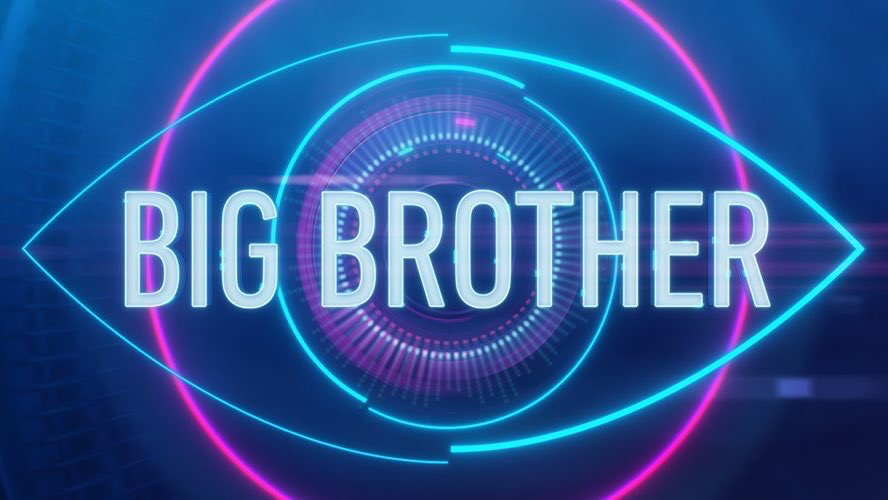 There’s a new promo out for the Big Brother Australia reboot and it’s all a bit Tron.

Gone it seems are the daggy challenges and instead the housemates have to be ninja warriors.

Industry sources say Big Brother will return to our screens next year but no network has confirmed details.
Since the old house is no more at Dreamworld they will have to start from scratch.
Sonia Kruger hosted the last version but I’d rather see a return to Gretel, or perhaps one of its successful alumni, like Chrissie Swan, as host.
Or, dare I say it, could Osher squeeze in one more show?
It’s an expensive commitment but is an easy way for a network to meet its local content quota.
More here.