Tonight, contestants will be working in teams to build an edible art installation in a specially constructed greenhouse. With just eight hours to impress the judges, which team will be safe from elimination?
George splits the group down the middle to make teams. Captain volunteers are Tamara with the swinging earrings and Sarah.
They get Darren Purchese as a mentor and have seven hours to prep, cook and fill their greenhouse. Losers face elimination tomorrow.
On Tamara’s blue team Headband Samuel comes up with the idea of an Urban Beehive as their theme and they all love it. Sarah’s red team goes Japanese zen garden.
Blue is making honeycomb – hope they got the recipe from chef Lauren from last night’s immunity challenge. They need hexagon biscuits to fit the bee theme and clever Tamara (who is some kind of engineer) crafts a hexagon cookie cutter out of some cardboard.
Red needs to dehydrate a gazillion strawberries to hang from the ceiling. You can tell straight away they have unrealistic expectations of how long it will take.
Blue seems to be getting the winner edit. They start having cutter dramas.
Red is making choux matcha “rocks” and biscuit sand. The sand will be scooped up with a grey pebble macaron made by Invisible Trent, who Sarah reckons is a gun at them.
Red have realised they need to put their strawbs in the oven instead but they put a tray on top of each layer, so the steam is trapped, turning them into strawberry jam. Uh oh.
Ray and Callan are making jubes – it wouldn’t be MasterChef without jelly!
Red’s “cherry blossom” flowers are finally working but it’s sooo labour intensive. This is the stage I’d be making caramel popcorn or something super easy just to fill some space in the greenhouse.
Yes – Callan is making Honey Joys! Good for the beehive theme.
And Sarah has asked her team to make matcha microwave sponge. Let’s hope the judges love matcha.
Karlie seems to be decorating the red greenhouse on her own. Gym Ben, who is stuck threading flowers, is getting a lot of airtime.
I like blue’s idea of sticking bickies to the wall of the greenhouse for an interactive experience. They have heaps more stuff in their’s. The dehydrated pineapple flowers look pretty. And they were smart to cluster their ingredients.
Gaz is telling blue there is too much sweet stuff in their greenhouse. It’s Sweet Week!!! Eloise makes a mascarpone mousse with raspberries to provide tartness.

Here comes the public and how are they all going to fit in that narrow space? They get to watch the judges eat first.
They love red’s choux buns and yes, Trent’s macs live up to the hype. Darren likes that nothing is too sweet.
For blue, they like the childlike feeling. And the team created a lot of elements. Presto has to encourage George to dunk his bickies as he’s lost without his tweezers.
They like it all but there’s a lot of sugar. The kids in the crowd will go mad for it.

The judging:
Darren praises both captains. Both teams did well yadda yadda.
Red’s greenhouse was more sparsely decorated but their flavours were more balanced. Well, there were more grown ups on that team.

Tomorrow:
Eloise is in the losing team so tomorrow has to decide whether she used her pin. No way – not with so many people still in the comp and the judges generally like her food.
It’s a taste test with the losers in a cook off.

Edible art, molecular gastronomy, MC seems to be going for theatre this season. I’d prefer to watch more cooking, with the fancy stuff saved until later on. I did enjoy last night’s three-way immunity challenge. Reckon I could pick one of Reynold’s dishes in a line up. He has a good eye for making sweet dishes look elegant and appealing.

Love that Reynold is still so laid back.

All the annoying people are in one team.

Jess is over-emoting and bossing Michelle around (again)!

When you have to make 1000’s of biscuits, rolling and cutting is not the most efficient way.

matchachef is wearing on me. Anyone see Dr Phil today?

yep, no follow-up either. They should have sectioned him.

I have gotten into SBS “the Chefs line”, just pure cookery and no drama.

Tamara had her hands working overtime in the to camera pieces.
Both Jess and Eloise are persisting with the skunk look. They stunk up that greenhouse with their over emotional carry on.
Like a lot of other posters here, I’m sort of not invested in any of the contestants this year.
Don’t care who wins. Don’t care who loses in elimination rounds. Just don’t care Shine.

What an exhausting challenge. All those fiddly time consuming bits & pieces. It didn’t look like either team would get it all done but they did. They both looked great. Was hard to tell who would be the losing team.

I bet you people can’t wait for MPW’s Hell’s Kitchen Aus?
https://en.wikipedia.org/wiki/Hell%27s_Kitchen_Australia
strange cast. Former One nation leader? (guessing he’s the one who was on the SBS go back to where you came from)

Brain Dead Dave, I saw your fave Masterchef contestant “jamie” in brisbane cbd recently. hauling cartons of bourbon from what i imagine would be his new restaurant. 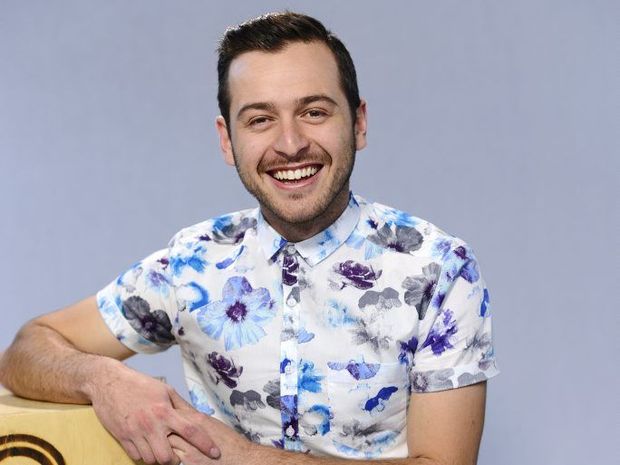